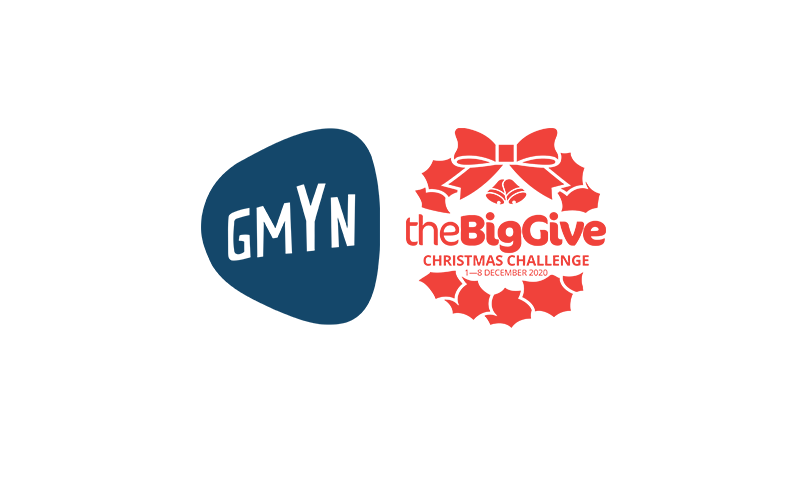 For seven days, it enables participating charities to have their donations doubled. Since it launched in 2008, the Christmas Challenge has raised millions of pounds for thousands of charity projects.

GMYN is one of the charities participating in The Big Give’s Christmas Challenge and are hoping this will allow them to continue supporting young people to rebuild their future. For £1,000 per person, per year, they can help care leavers to successfully transition into adulthood with the skills and support they need.

The Greater Manchester Youth Network was founded in 2007. It has grown from a single volunteering project to a registered charity that has already helped around 10,000 young people. Their mission is to enable young people to have a positive impact on their own lives and the wider community and through their work, increasing their:

The pandemic has been more impactful on young people’s lives than any other age group, leaving them vulnerable to situations such as loneliness and unemployment. This outlines the support required to help more young people through these tough times.

The Big Give: Christmas Challenge

The Big Give’s Christmas Challenge is a match funding campaign where donations to participating charities are doubled. Donations and pledges from people and organisations of all sizes are boosted by funds from a Big Give Champion who contributes to the match fund.

The Christmas Challenge launches on ‘Giving Tuesday’. From midday on the 1st December, charities have seven days to encourage as many people as they can to donate whatever they can. Donations within this window until Tuesday 8th December at midday, can be doubled. Click here to head to the GMYN donation page.

Our Managing Partner, Chris Bishop, is an ambassador for GMYN. He expressed his excitement about the upcoming Big Give Christmas Challenge by saying:

“I am thrilled that we are able to help with a donation to the Greater Manchester Youth Network. It’s been a turbulent year for many charitable organisations and we want to help GMYN to provide the exceptional services for young people in our region to promote their wellbeing, positive social connections and keep them on track to a fruitful and successful life.

At Slater Heelis, we have invested in two young apprentices this year, and we want to continue our commitment to making the best for our young people. We believe our relationship with the GMYN can help to ensure this happens. As an Ambassador for the GMYN being born and bred in Greater Manchester, I have an increased affinity to the cause and its values.

Plus, in the Big Give Christmas Challenge, all donations are doubled, which means we can provide double the help to GMYN, and other charities close to our hearts!”

If you are in a position to donate some funds to charity this festive season, then the highest impact will be in this week of doubled donations!

Many of us have had a rough year, and if you are not in a position to donate at this time, we would ask that you share the message on social media, through likes, shares and re-tweets, to ensure participating charities can reach as broad an audience as possible.