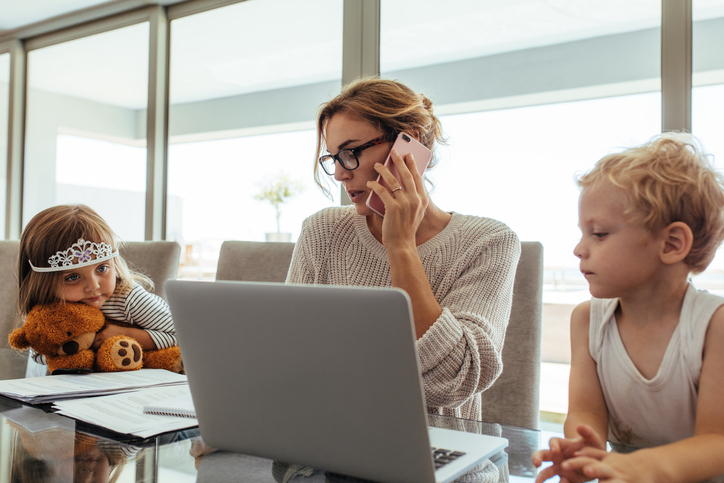 Employees who are unable to work or are working reduced hours as a result of caring responsibilities arising from the coronavirus can be furloughed. New updates to the furlough scheme are explained below.

On Monday 4 January 2021, Boris Johnson announced a third national lockdown in England, dashing any hopes of the easing of coronavirus-related restrictions in 2021.

As part of the newly imposed lockdown, children in primary and secondary schools switched to remote learning until at least February half term. The only exceptions to this are vulnerable children and children of key workers who are still able to have in-person classroom lessons.

Following calls for extra support for working parents having to deal with enforced school closures, HMRC has updated its ‘Check which employees you can put on furlough to use the Coronavirus Job Retention Scheme’ guidance (the ‘Guidance’) to clarify that employees who are unable to work, or are working reduced hours as a result of caring responsibilities arising from the coronavirus, can be furloughed.

We have produced a tracked version of the latest changes to the relevant section of the Guidance below.

I̶f̶ ̶y̶o̶u̶r̶ ̶e̶m̶p̶l̶o̶y̶e̶e̶ ̶i̶s̶ Your employee is eligible for the grant and can be furloughed, if they are unable to work, including from home or working reduced hours because they:

This update now clarifies what has previously been an area of uncertainty and confirms that working parents caring for school children are eligible to be furloughed. We believe that parents assisting primary school children will certainly be eligible. Of course, employers do not have to agree to furlough and may instead wish to explore changing an employee’s hours, unpaid leave or taking holidays as other options.

Most of the eligibility requirements of the scheme remain the same but we note the following:-

If you require any further information in relation to furlough and the new changes to the guidance, please do not hesitate to contact our team. 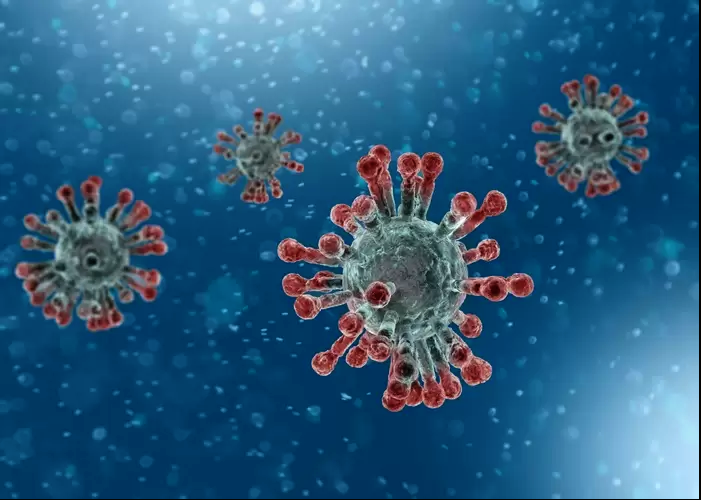 The government has instructed British citizens returning from Hubei province in China, Iran, northern Italy and South Korea that they must self-isolate for 14 days, even if they do not have symptoms of Coronavirus. There is a lack of clarity around the issue as to whether employees will get paid if they are not at work.

The Department of Health has sent guidance to UK employers that staff who have been told to self-isolate are entitled to take the time as sick leave.  If an employee is sick or suffers from symptoms, they will qualify for statutory sick pay or whatever their contract provides over and above that.  By law, medical evidence is not required for the first 7 days of sickness. After 7 days, it is for the employer to determine what evidence they require, but the government have advised that employers use their discretion around the need for medical evidence in these circumstances.  Whilst it is not an option for factory or retail workers to work from home, it may be possible for employees who do have the ability to do so, to continue working.

What happens if workers have been advised to self-isolate but are not actually ill?

In those circumstances, workers are not entitled to statutory sick pay.  However, ACAS consider it good practice for employers to treat the quarantine period as sick leave and follow their usual sick pay policy or agree for the time to be taken as holiday. Otherwise, there is a risk the employee will come to work because they want to get paid which could result in the virus spreading, if they have symptoms.

Employees are also entitled to time off work to care for dependents such as an ill or elderly relative or if a child’s school closes at short notice.  Again, if the employee is unable to discharge their duties at home, there is no statutory right to pay for this time off. Some employers might offer pay depending on the contract or workplace policy and encourage employees to book some of the absence as holiday after an initial period of absence.

If an employee decides that they do not wish to attend work and chooses to self-isolate, the employer should take steps to listen to the employee’s concerns. They must ensure that the employee feels safe and secure and attempt to resolve the issue to both parties satisfaction.  Employers could, if appropriate, offer working from home or flexible working as potential options.  However, if the employee insists on remaining at home, employers may be able to agree a period of unpaid leave or that the employee can take the time off as holiday.

Any failure to attend work without the employer’s authorisation could potentially result in disciplinary action. 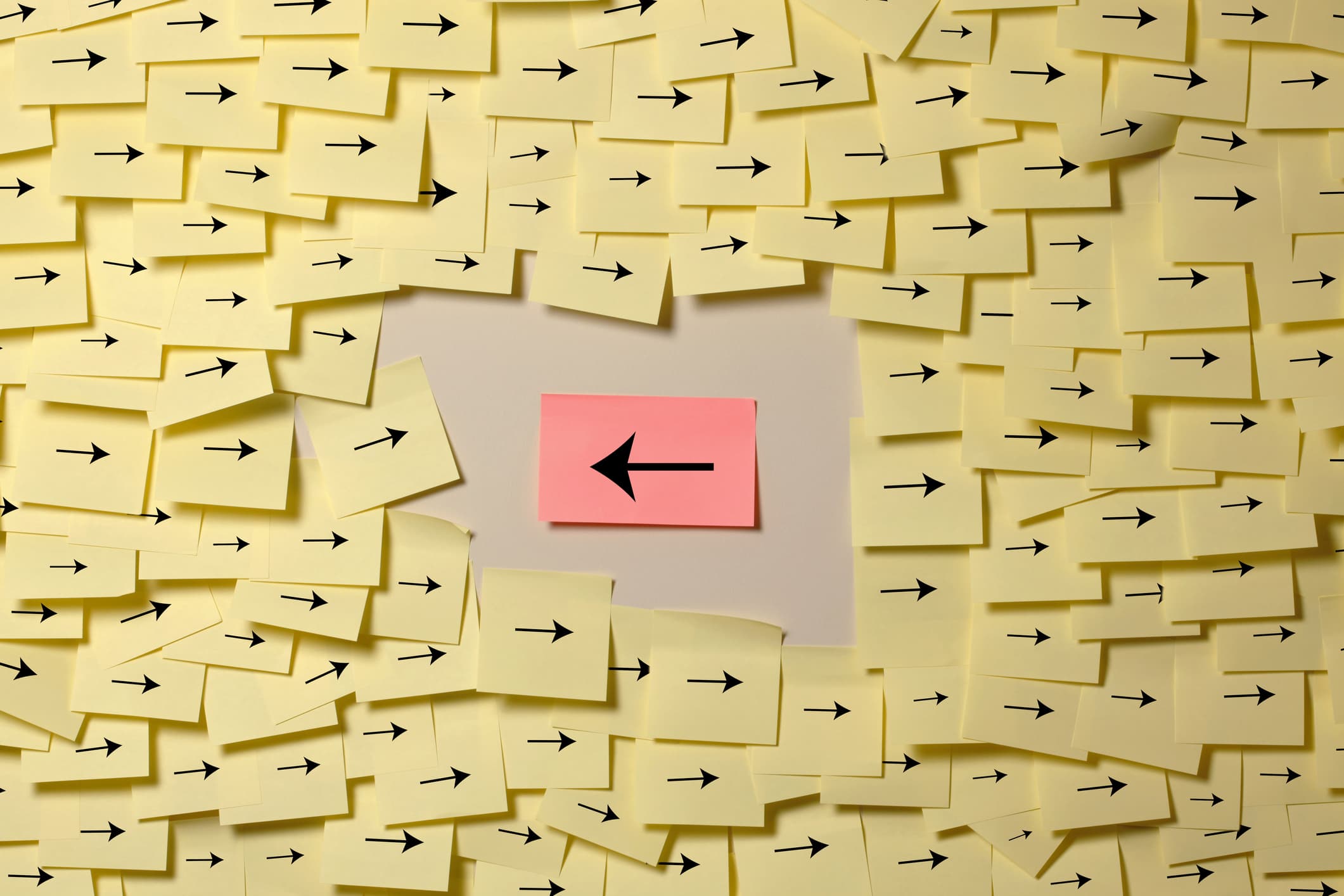 Constructive dismissal is the term used where an employee resigns in response to their employer’s conduct in breach of an important term of their employment contract.

If you have experienced the following problems at work, you may be able to bring a claim for constructive dismissal in the employment tribunal:

For a constructive dismissal claim to succeed, you will need to demonstrate the following:

Given the requirements set out above, it can be difficult for an employee to succeed in a claim for constructive dismissal.  It is essential therefore that before commencing a claim, you have the right employment law specialists to guide you through the process.

The ability to secure practical, reliable and friendly advice from an experienced employment law expert will be invaluable during this difficult time. It is important to know the options available to you and the right expert can help to put your mind at ease, advising you in respect of any potential cause of action, preparing your case and keeping you updated with the progress of any proceedings.

If you think that you have a potential claim for constructive dismissal, get in touch with our experienced employment law team who can advise you in respect of any potential cause of action you may have and guide you through your case.  You can contact one of our employment experts on 0161 969 3131, get in touch on our website. 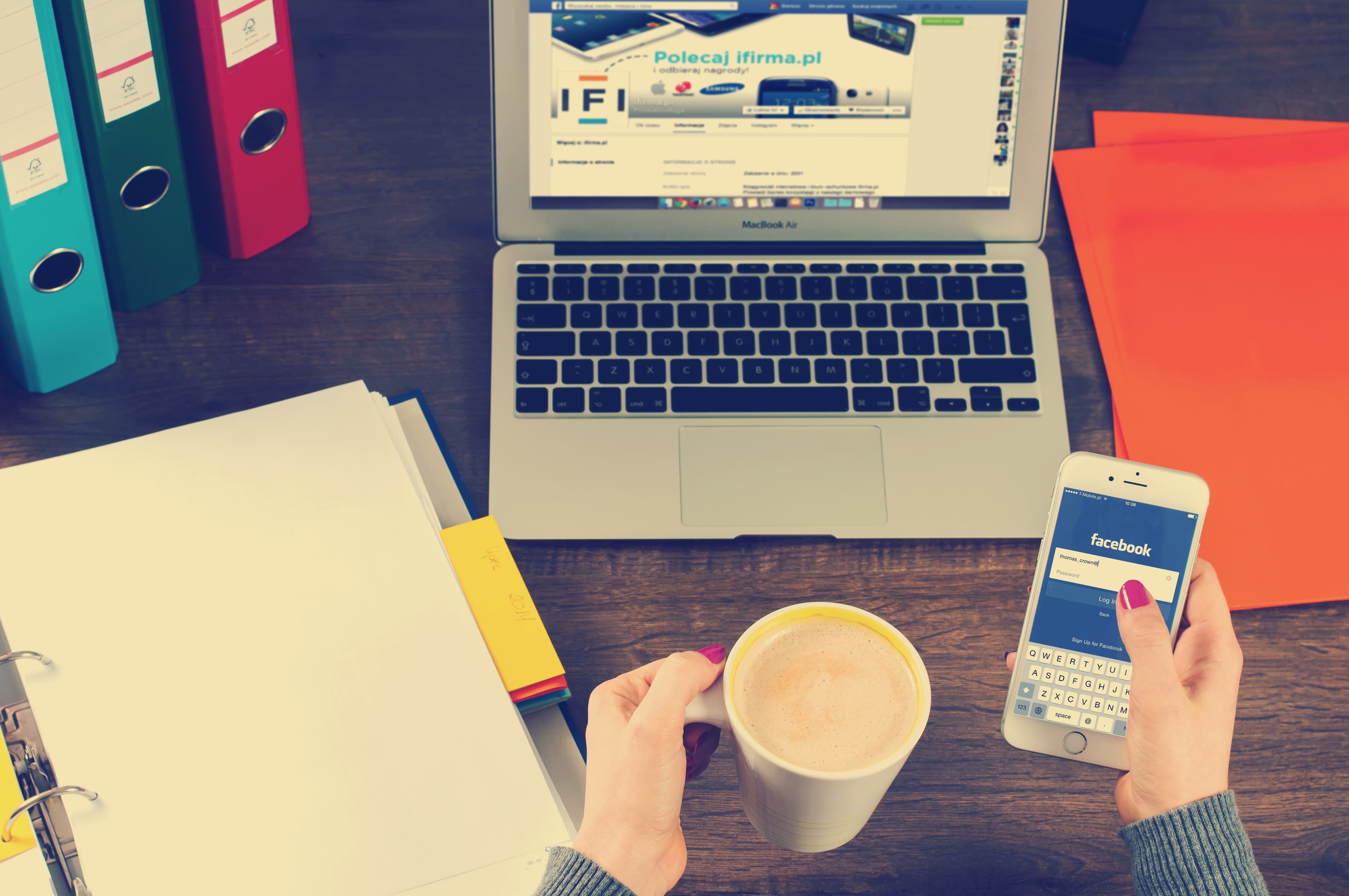 From blogs to business forums and social gaming to social networks, it is hard to escape social media, with some commentators predicting that, by 2021, at least one third of the world’s population will be active users.

Despite this, many are unaware of the potential legal implications of social media use, particularly upon their employment. Social media or internet misuse may be misconduct amounting to a potentially fair reason for an employee to be dismissed by their employer.

In an effort to understand what may or may not be acceptable social media use from an employer’s perspective, it is useful to examine how the courts have dealt with dismissals due to social media or internet misuse.

Case law shows that it is possible for an employer to fairly dismiss an employee for conduct outside of work, including an employee’s use of social media.

The courts have seen many employees who have been dismissed by their employers due to “private” social media use claiming that their dismissal was not fair because the post or comment made was done so on a private social media account that only friends can see.

Unfortunately, the very fact that an employer knows about a social media post and uses it as a reason for dismissal has, in the eyes of the courts, often negated the argument that the post was private.

Even if the social media use takes place on the employee’s own computer outside of work, the key issue for employers to consider regarding whether it is appropriate to discipline or dismiss an employee as a result of this is whether or not the employee’s social media post damages or has the potential to damage the employer’s reputation.

Due to social media still being relatively new phenomenon it can be hard for both employers and employees to know where they stand when using social media.

A common problem for many employers is employees’ social media usage affecting their productivity and work rate. This is why more employers are adopting a zero tolerance approach to the usage of social media during working hours, whether it be by implementing social media and internet policies or blocking access to social media platforms on work networks.

If you’re trying to find out where you stand with social media usage in your place of work, you should find out whether your employer has a policy in place relating to the use of social media.

Using Social Media Outside of Work

Although many employees don’t think twice about using social media outside of working hours, this is when disciplinary actions now commonly arise.

When you set up your social media accounts, it is important to consider whether or not you state your place of work on your profiles. Having the name of your employer clearly visible on your profile details means that you are a self-stated representative of that employer; in simple terms this means that any comments, posts or opinions that are viewed in a negative light could seriously affect the reputation of the employer.

If your employer can prove that these comments had or were likely to have a negative effect on its reputation, it may be within its rights to take disciplinary action against you, which could even include summary dismissal.

Overall, social media use in the workplace can be hard to understand due to it being a grey area for many businesses; not least because a business itself may heavily rely on social media platforms for things like advertising and business development. There are not always defined acceptable use policies which can assist employees and employers alike in dealing with social media use and misuse.

If your work life has been negatively impacted by the use of social media and you’re unsure whether there is anything you can do, get in touch with our employment law specialists who can help you find out more and support you through the claim process. 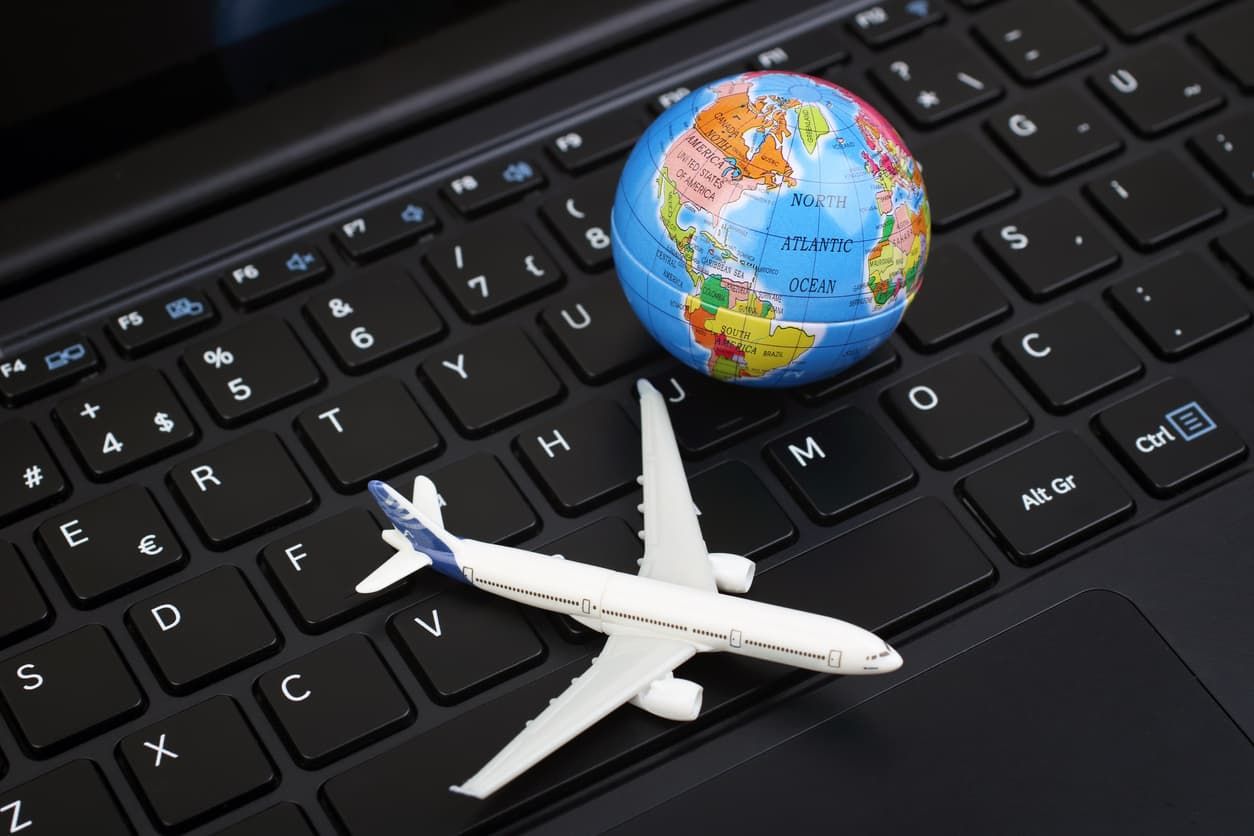 The cases involved two workers who were entitled under a collective agreement more than the four weeks’ minimum holiday entitlement provided by the Working Time Directive. The workers in this case wanted to carry over holiday that they had not used in the relevant holiday year because they had not been able to use them due to sickness absence. Their employer only allowed them to do so up to the minimum four weeks provided for by the Working Time Directive.

The AG confirmed that the relevant European provisions/decisions relating to carry over of holiday apply only to the minimum four weeks’ holiday provided for by the Working Time Directive. The holiday entitlement provided in excess of the basic minimum four weeks provided for by the Working Time Directive can be treated differently and there is therefore no obligation on employers to allow this excess to be carried over.

It is worth bearing in mind that under the relevant domestic legislation, the Working Time Regulations 1998, holiday entitlement cannot be carried forward into the next annual leave year where the individual is unable to take their holiday entitlement due to sickness absence.

Although it is possible for the opinion of the AG not to be followed, this would be unlikely given that this opinion reflects recent Employment Appeal Tribunal authority on the subject.